The House voted on Thursday, mostly along partisan lines, to roll back many of the banking rules under the Dodd-Frank Act of 2010, which increased regulatory oversight of financial institutions. Some lawmakers argue the sweeping legislation had been preventing a true recovery from happening since the Great Recession and has made getting a mortgage too tough.

Under the new bill, known as the Financial CHOICE Act, big banks would face less scrutiny and many of the regulatory powers of the Consumer Financial Protection Bureau, an agency started under Dodd-Frank, would be stripped away.

The bill will now head to the U.S. Senate.

Shortly after taking office, President Donald Trump had signed an executive action ordering a sweeping review of the Dodd-Frank Act rules. The House bill sets to repeal many key aspects of the Dodd-Frank Wall Street Reform and Consumer Protection Act.

“The Financial CHOICE Act offers economic opportunity for all and bank bailouts for none,” Hensarling says. “The era of ‘too big to fail’ will end and we will replace Dodd-Frank’s growth-strangling regulations on community banks and credit unions with reforms that expand access to capital so small businesses can create jobs and consumers have more choices and options when it comes to credit.”

One of the biggest moves under the bill is to strip the Consumer Financial Protection Bureau of most of its authority. The CFPB would be changed to the Consumer Financial Opportunity Agency, an executive agency in which the deputy director could be appointed and removed by the president. It also would no longer be able to write major rules regulating consumer financial companies, without first getting approval from Congress, and it would not not be able to levy fines against financial institutions for “unfair” or “deceptive” practices.

The House bill also would require banks to increase their emergency financial reserves if they want to avoid some of the regulatory burdens that were put in place from Dodd-Frank. Then, banks that do run into financial trouble would have enough money to survive on their own without a government bailout.

President Trump has voiced concerns about tight lending practices and this is viewed as one major step by his administration to try to ease banking regulations. Trump has argued that bank regulators, after the financial crisis, went too far in cracking down on lending practices, making it too difficult for consumers to get loans. He has argued that if banks would lend more money, the economy could grow more.

The bill eked out approval in the House with a vote of 233 to 196 but was mostly driven by partisan lines. Nearly all Republicans voted in favor of it. The bill is expected to face resistance in the Senate.

Democrats have mostly argued that banks need more oversight, not less. Some Democrats argued Thursday that the Financial CHOICE Act could spur another financial crisis. They also are voicing disagreement about curtailing the powers of the Consumer Financial Protection Bureau. Some lawmakers note that American banks still netted record profits last year, despite the government regulations in place.

“This bill turns the clock backwards on financial industry oversight by gutting the CFPB and would leave Americans vulnerable to financial fraud and rip-offs,” Pamela Banks, senior policy counsel for Consumers Union, said in a statement. “We can’t afford to take the financial cop off the beat and roll back the critical reforms adopted to protect our wallets.”

But many Republican lawmakers are arguing a change is needed and that Dodd-Frank, a 2,300-page bill passed in 2010, went too far in its regulations of the banking industry.

“All of the promises of Dodd-Frank were broken,” Hensarling said during a House debate on the bill on Thursday. “They promised us it would lift the economy … but instead we are still stymied in the weakest, slowest recovery in the postwar era. Have you tried to get a mortgage recently? They are hard to come by and cost hundreds of dollars more to close.” 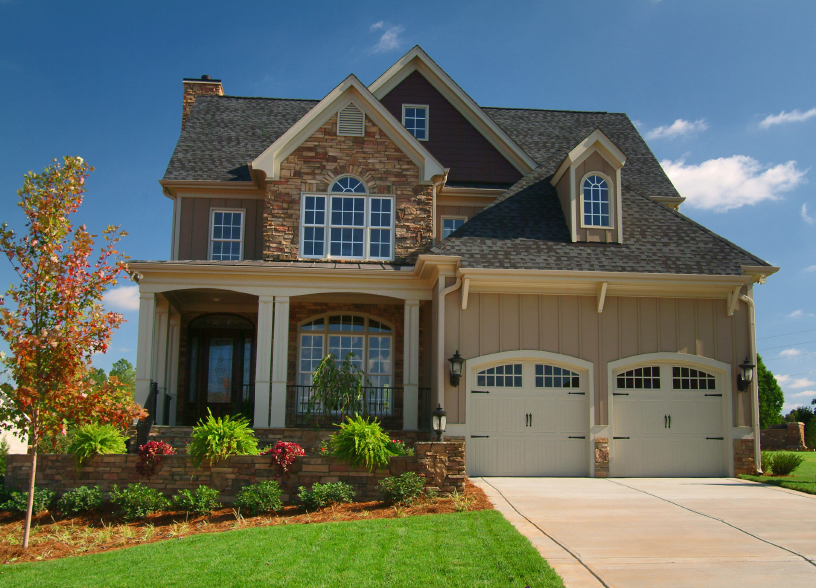 Want to Advertise on this Site?

Why You Need A Real Estate Professional In Your Corner

In today’s fast-paced world where answers are a Google search away, there are some who may wonder what are the benefits of hiring a real estate professional to help them in their home search

Buying A Home Take Stock Of These Things

What are some of the most important factors that buyers take into consideration when looking for a new home? There are the obvious things like price, square footage, location and lot size. Those are

Millennial Home Buyers What You Need To Know

In the past, you’ve likely read about how the Millennial generation is opting to rent rather than buy property. While this still holds true for many Millennials, the fact is that a growing number

The housing market has been trending in a positive direction and economic indicators point to new home construction going vertical. Following the housing bubble and sluggish post-recession,

By registering, you agree to our terms of use and that real estate professionals and lenders may call/text you about your inquiry, which may involve use of automated means and prerecorded/artificial voices. You don't need to consent as a condition of buying any property, goods or services. Messages/data rates may apply.